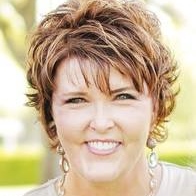 Tiffany Wilson is the original creator of 4 moderately-remarkable children, mom to the best dog in the world (if humans can be considered “mothers” to dogs), and wife to superhero Scott (minus the cape, other than on weekends). Between 9 and 5, she’s the owner and CEO of Designer Marketplace, an online retail company that sells designer home goods, jewelry, and apparel on a variety of websites.  She’s slowly working toward e-commerce world domination, but it may take just a few more years.

In her spare time, Tiffany attempts to decorate like Joanna Gaines, garden like an expert flower-whisper, and thrives on watching reality television while fixing junk jewelry. She’s an unapologetic super-fan of a sweet little show called The Bachelor, which some people might be ashamed of, but she’s choosing to own it instead.